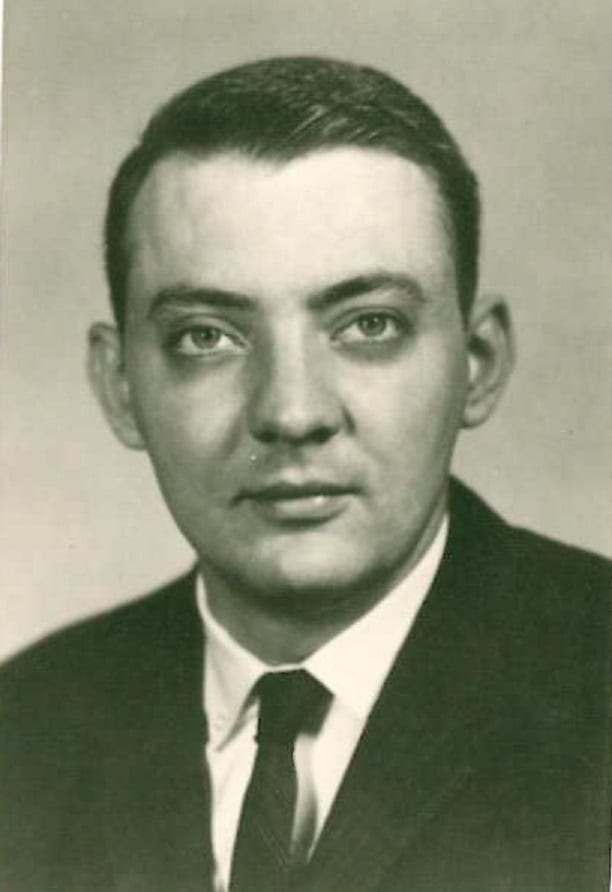 ROCKY MOUNT – Horace Woodrow “Woody” Carmichael, Jr., age 79, passed away on Sunday, September 1, 2019. Born in Nash County, NC on February 29, 1940, he was the son of the late Horace Woodrow Carmichael, Sr. and Genevieve Robinson Carmichael Bass. He was also preceded in death by his sister, Beverly “Suzi” Carmichael Jaquays.
Horace, or as many knew him by, Woody, served in the South Carolina Air National Guard in high school and after graduation enlisted in the United States Navy where he served as a submariner aboard the USS Grampus 523. After being discharged from the Navy, he attended Atlantic Christian College (Barton) in Wilson, graduating in 1966 with a Business Degree. He began his career at Burlington Industries and then retired from Abbott Laboratories with 27 years of dedicated service. As a Navy submariner veteran, he was also a member of the North Carolina SubVets where “Pride Runs Deep in North Carolina” is the standing motto. An admirer of antique cars, he was passionate about his 1960 Studebaker Hawk and enjoyed his membership in the Studebaker Driver’s Club. Woody was a devoted Mason and belonged to the Corinthian Lodge #230 for many years. An avid golfer, he was once a member of the Birchwood Country Club. He also had a keen interest in genealogy and military history, a pastime he enjoyed for many years. A loving and faithful husband, caring father and grandfather, brother, and a devoted friend to many, Woody will be forever missed and never forgotten.
Woody leaves behind to cherish his memory, wife of 53 years, Louise Wehrum Carmichael; and daughters, Kelly Carmichael Bottoms and her husband, George, of Rocky Mount and Julie Carmichael Garrett and her husband, John, of Mount Pleasant, SC. He is also survived by beloved grandchildren, Sarah Elizabeth, Rebecca Ann, and Lauren Grace Garrett all of Mount Pleasant, SC, and John Alvis and Mary Charlotte Boulden both of Rocky Mount; sister, Robin Carmichael Fleming of Rocky Mount; brother-in-law, Jeff Jaquays of Yuma, AZ; niece, Suzanne Fleming; and nephews, Ward Fleming, Justin Jaquays; and the “Clan Carmichael”.
The family will receive friends and relatives on Saturday, September 7, 2019 from 5:00 PM to 7:00 PM at Wheeler & Woodlief Funeral Home.
A Masonic Graveside Service with Military Honors will be held on Sunday, September 8, 2019 at 1:00 PM at Rocky Mount Memorial Park. After the Graveside Service, family and friends are invited to Woody & Louise’s home for a meal.
The family would like to thank UNC Nash Health Care Systems Hospice & Palliative Care and Woody’s caregivers, Malinda, Marilyn, Lawanda, and Lavern for their outstanding love and care.
In lieu of flowers, memorials may be made to UNC Nash Health Care Systems Hospice & Palliative Care, 2460 Curtis Ellis Drive, Rocky Mount, NC 27804 or to Barton College, 200 Atlantic Christian College Drive, NE, Wilson, NC 27893 in Woody’s name.
Arrangements entrusted to Wheeler & Woodlief Funeral Home & Cremation Services, 1130 N. Winstead Avenue, Rocky Mount, NC 27804. You may share memories and condolences with the family by visiting www.wheelerwoodlief.com.