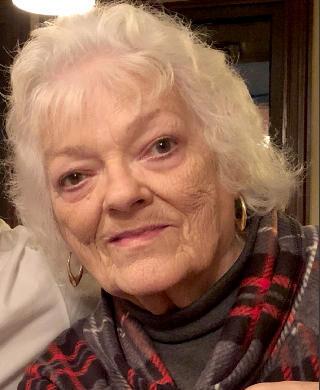 Hilda Shelton Batts passed away peacefully at her home on Saturday, February 20, 2021. Hilda was born to Robert and Bettie Wooten Shelton on June 17, 1938. In addition to her parents, Hilda’s only sibling, Donohue Jackson Shelton, preceded her in death. Hilda is reunited with them in heaven along with her husband of 22 years, William Aubrey Batts. Hilda was raised on a farm during the Depression, which resulted in a lifetime of frugality. She graduated from Saratoga High School in 1956 and enjoyed the simple things in life. She was happiest sitting outside on a beautiful day with a good book and a full Yeti. Though her health was failing for years, few people knew the extent to which she struggled. Even after her health prevented her from attending church, she remained a member at Memorial Baptist Church in Edgecombe County. Her tenacious spirit kept her pushing through until she made the decision to stop medical intervention. Hilda is survived by her four children: Randy Lee Driver, Michael Ryan Rouse, Shannon Rouse Kemp, and William A. “Billy” Batts, Jr. Hilda had six grandchildren and nine great grandchildren. Per her wishes, Hilda was cremated, and a private interment will take place this Spring at Rocky Mount Memorial Park. Online condolences may be expressed at www.smithfuneralhomewoodbury.net , Smith Funeral Home, 303 Murfreesboro Rd, Woodbury, TN 37190, (615)-563-5337. If you feel led, you can make a contribution in her memory to a charity of your choice. Hilda’s daughter is forever grateful to the Caris Hospice team, who provided exceptional care and support. Special thanks to Tony for making her mother laugh, to Ronda for being her friend, to Christine, RS, and Tonya who continued to stay in touch, and the countless others who have prayed for her mother throughout this journey.