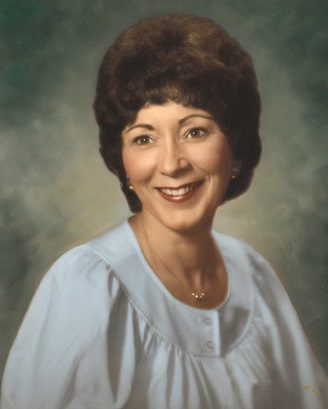 Diana Odom Warren, age 82, passed away on Friday, September 10, 2021. Born in Nash County, NC on October 23, 1938, she was the daughter of the late Ralph Randolph Odom and Lottie Odom Philips. She was also preceded in death by her husband of 63 years and the love of her life, Charles Patrick “Pat” Warren; her cousin/sister, Dottie Winstead; her dear friend, Bill Nelms; and her little Shih Tzu, Rascal.

Diana graduated from Rocky Mount Senior High in 1956 and also attended the University of NC at Greensboro. She worked at Wesleyan College during which time she also served as secretary to the Board of Trustees. Diana was also a retiree of Hardees Food Systems where she was an administrative assistant to the Sr. VP of Franchising and Nash Community College where she was an administrative assistant to the Dean of Continuing Education. She was an active member of St. Paul United Methodist Church and until recent years, enjoyed a lifetime of singing in the church choir.

A Graveside Service to celebrate Diana’s life will be held on Tuesday, September 14, 2021 at 4:00 PM at Rocky Mount Memorial Park Chapel on the Hill Mausoleum with Pastor Terry Williams officiating. A visitation with the family will follow the service in the chapel.

In lieu of flowers, memorials may be made in Diana’s memory to a charity of your choice.