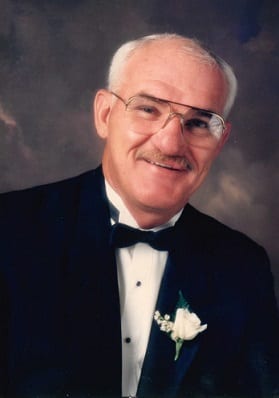 Charles Patrick “Pat” Warren, age 84, passed away on Monday, July 12, 2021. Born in Nash County, NC on August 24, 1936, he was the son of the late Christopher Ellis Warren and Mable Benthall Warren. He was also preceded in death by his brother, Wilson “Henry” Warren.

Pat served his country in the Army National Guard. He played football on scholarship at Chowan University. Pat was a longtime member of St. Paul United Methodist Church where he graciously served in many capacities in the church, as well as being an active member of the choir. Pat enjoyed spending time outdoors fishing and hunting. He was a loving husband, father, grandfather, brother, and friend, and will be dearly missed by all who knew him.

A Graveside Service to celebrate Pat’s life will be held on Friday, July 16, 2021 at 4:00 PM at Rocky Mount Memorial Park with Pastor Terry Williams officiating. A visitation with the family will follow the service at the graveside.

In lieu of flowers, memorials may be made in Pat’s memory to a charity of your choice.